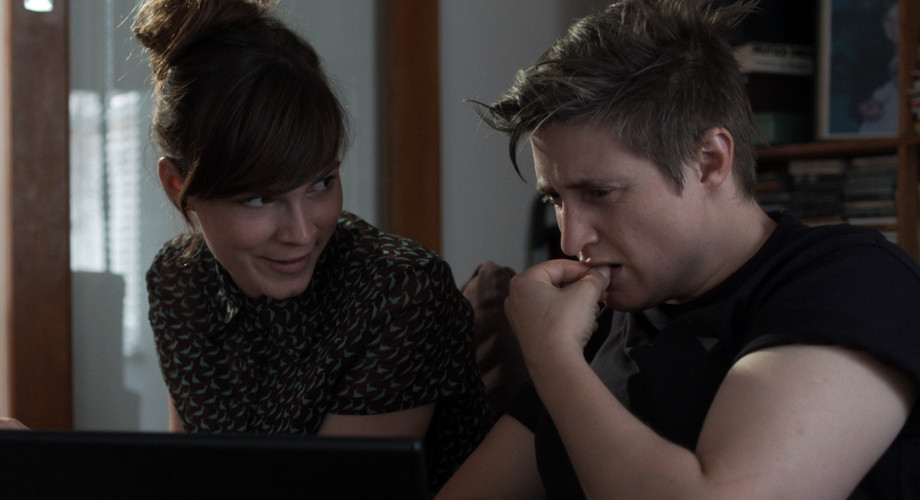 52 Tuesdays (Directed by Sophie Hyde) is a sweet film about Billie (Tilda Cobham-Hervey), a teenage girl in Australia, and her mother, James (Del Herbert-Jane), who is transitioning from female to male and asks Billie for a year on his own to get accustomed to transitioning. The duo agrees to spend every Tuesday night together for a year, so they can still stay in touch. Both James and Tom - Billie’s Dad - are young and separated, but have agreed to raise Billie together. As a result, Billie goes to live with her dad for the year, with the teen dream of having minimal supervision. 52 Tuesdays was recently shown in Toronto as part of TIFF’s Next Wave Film Festival, an amazing 3-day festival that took place this past February, organized by youth, and free for high school students.

What I loved about 52 Tuesdays was the way both Billie and James use film within the narrative of the story. James makes transition videos you see on YouTube, starting with one week on testosterone, and his trip to San Francisco to meet other trans individuals. Billie also chronicles her own thoughts and musings about relationships, sex, what living authentically means, big bizarre environmental events, and things or questions she is unable to say to James, Josh, or Jasmine directly.

The format of the film is also interesting: similarly to films like Boyhood where the film was shot over 12 years, 52 Tuesdays was actually shot every Tuesday for a year!

The film’s production team also made a point to cast the very talented Del Herbert-Jan who also identifies as gender non-conforming. This is a refreshing change from the wide variety of films that cast cisgender actors to play trans characters.

Time progresses quickly in 52 Tuesdays, and it is marked by milestones. James begins taking testosterone injections, and it’s unbelievably sweet when Billie walks into James’ house and James has a post-it on his butt and says, “LOOK!” with a bruise from his first injection, and Billie and James both jump around excitedly.

52 Tuesdays also deals with some uncomfortable topics, such as Billie’s voyeurism and how technology factors into exploring sexuality as a teenager. Billie sees two fellow classmates, Jasmine and Josh, canoodling in the back of the drama room, which I’m pretty sure like every teenager has fantasized about at one point, and the three of them engage in a polyamorous relationship. The vibe of the film doesn’t really question the lack of monogamy, but rather the film just shows them and their relationships as legitimate and fun. The film also raises the very real fact for many teens contemplating or actively texting nudes when they are underage and the consequences of such actions. The cool thing about Billie’s parents though was that they never shame her for engaging in sexual activities, or even taking pictures/filming anything sexual - they are just concerned about the legal repercussions for both her, and themselves, which under the current context of most laws, is understandable. 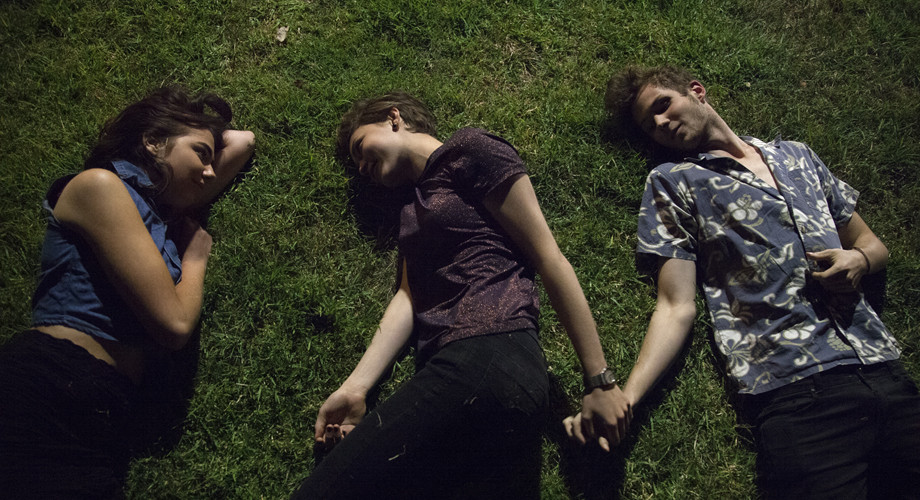 Overall, 52 Tuesdays is a complicated, but sweet and visually appealing film that could use a bit more of a critical analysis of why it’s so hard for children with parents who are transitioning. In this way, the film does speak to why it’s important that we have conversations with children when their parents disclose they are trans. I can only imagine how Billie, and other teens in her position, feel going through this process with her parent, because I’ve never been through it. Films like 52 Tuesdays demonstrate the kind of micro change we can make within our smaller social circles by just being supportive of the people we love. On a broader scale, we need to talk about breaking down gender binaries and social roles to unlearn everything we’ve been taught about gender and gender identity.

Billie, like all of us, has been taught the strictness of social roles, such as the unquestioned assumption that everyone is cis and that gender is a super rigid binary, and a parents’ only role is to be your parent. In reality, gender is fickle and fluid, and it is never that simple. I interpreted 52 Tuesdays as focusing on Billie and James’ relationship and very sweetly addressing the complexity of being a parent, a teenager, and reconciling that with who you want to become.

Despite everything, 52 Tuesdays shows a year of discovery for both James and Billie, and it’s nice to see these characters both grow and deal with realistic problems in different ways. Billie is kind of a brat: a confused, young, human trying to make it through life in a very in-between time. The film does not let her get away with everything, though. Jasmine says at one point, “there are worse things in the world than having a mum who wants to be someone.” Both characters make mistakes. They stop talking for a while. But, of course, it’s very apparent they love and care about each other so much, so you continue to watch the film to see how it all ends!

Keep an eye out for a screening of 52 Tuesdays near you!

« Queer Brown Girl Trying to be a Parent: The Foundation of Love