Mid-Week Round Up: November 26 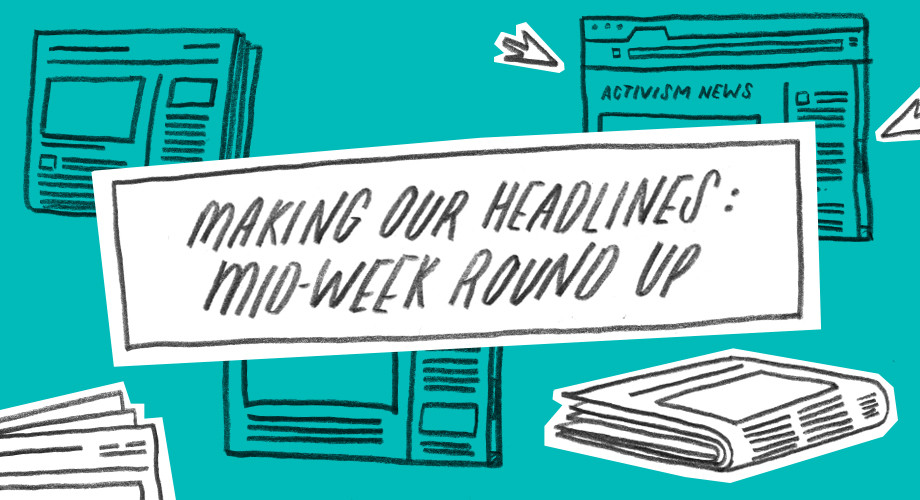 Darren Wilson, the Ferguson police officer who fatally shot unarmed teenager Michael Brown on August 9, will not be indicted, meaning he will not be charged with any crime and will not have to stand trial. Prosecuting Attorney Bob McCulloch (whose father was a police officer) cited inconsistent witness testimonies as the reason for the jury’s decision — a decision that is extremely rare.

Following the announcement of the decision, President Barack Obama made a statement calling for peaceful response on the side of both protesters and law enforcement. Despite relentless media portrayal of Ferguson protesters as “violent” and “looters,” most protests were peaceful demonstrations of resistance.

“In Ferguson, a wound bleeds.

For 108 days, we have been in a state of prolonged and protracted grief. In that time, we have found community with one another, bonding together as family around the simple notion that our love for our community compels us to fight for our community. We have had no choice but to cling together in hope, faith, love, and indomitable determination to capture that ever-escaping reality of justice.”

More on the no-indictment decision and the following protests:

Jian Ghomeshi — perhaps shrewdly choosing a day when the media and public were distracted — has dropped his $55 million lawsuit against the CBC for breach of confidence and defamation. CBC fired Jian Ghomeshi in October over sexual assault allegations. Since his firing, 11 women and one man have accused him of sexual assault and harassment, three of whom have made formal accusations. He is currently under investigation by Toronto police and will have to pay the CBC $18,000 for their legal fees.

The Auditor General says he cannot verify whether Northern food subsidies are benefiting people living in Northern Canada, or merely Northern food retailers. Hunger is endemic in the North; in Nunavut, for example, seven in 10 families don’t have enough to eat for at least part of the year, and the territory has a 13.7 percent unemployment rate, significantly higher than Canada’s national average of about 7 percent. Most of Nunavut’s population identifies as Inuit, and colonialism has eroded their access to the foods they traditionally relied on. Nutrition North, the federal food subsidy program, was supposed to make healthy food less expensive for Northern residents, but it may not be working as intended.

This Is How Fat I Am is a new Tumblr where fat folks (see this post about reclaiming the word “fat”) can take charge of their own representation. Far from the “headless fatty so often seen accompanying media stories about weight, the people on This Is How Fat I Am are fully realized human beings, getting tattoos, climbing mountains and smiling with their loved ones. If you have a “story about your current relationship with your body,” submit! 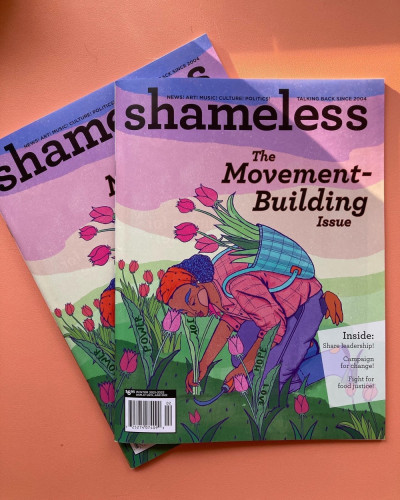