For a gal with all the powers of Superman, Supergirl has had a pretty rough go of it. In the sixties Superman sent her to live in a crappy orphanage and only got her out when he needed a pawn in some plan (usually to make Lois jealous). Her origin story is confusing: She’s Superman’s cousin? She was sent to earth to kill him? She was built by Lex Luthor? In the past few years, she’s often been drawn less as a teenage girl, and more as a creepy male fantasy. Oh yeah, and she totally died.

But things are looking up for Supergirl lately, in the main DC universe and otherwise. She has her own new, all ages-friendly series, Supergirl: Cosmic Adventures in 8th Grade. 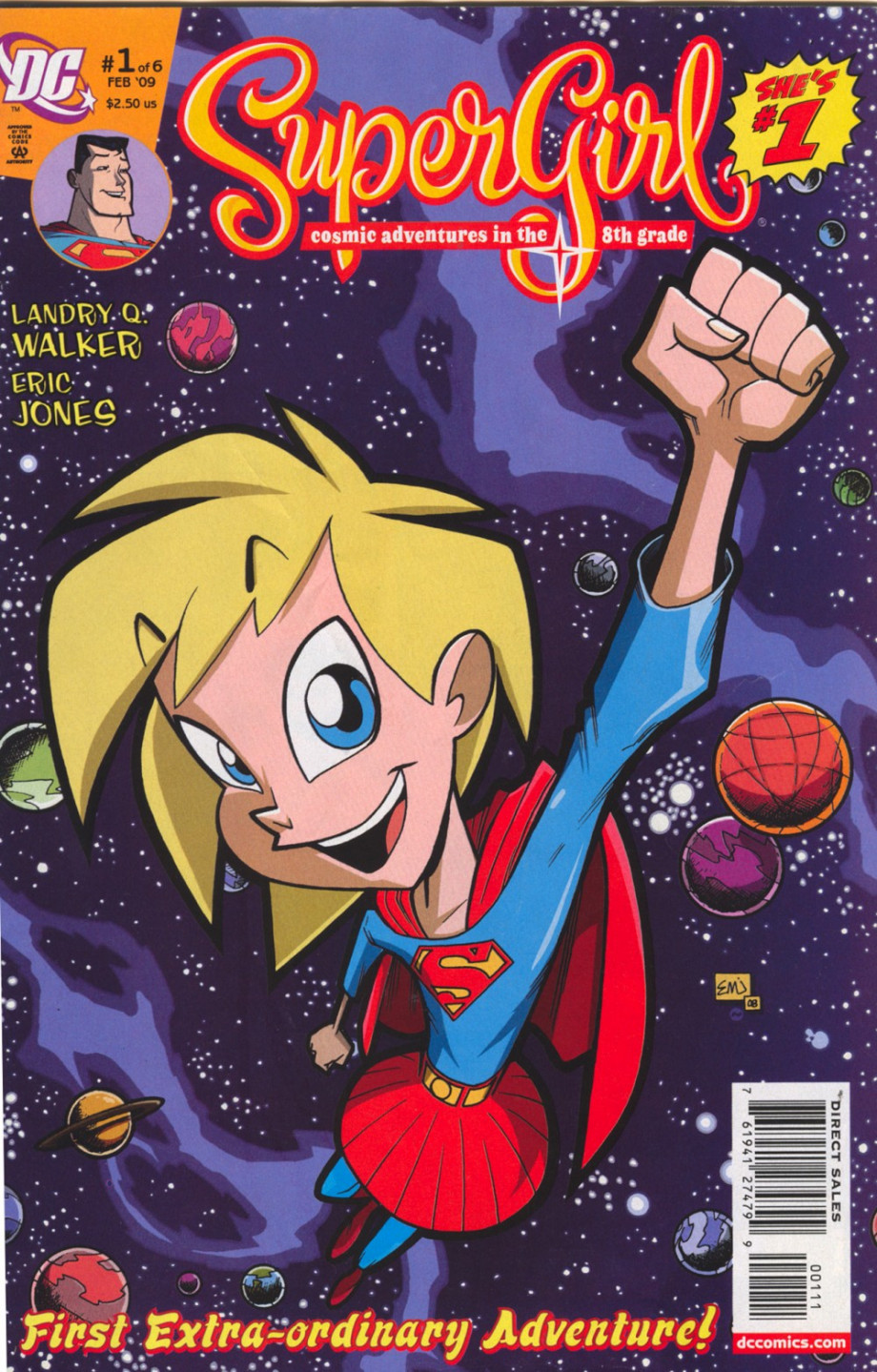 Issue one was adorable, fun, and surprisingly, a little complex.

Our young heroine, Kara, lived on a Kryptonian moon colony, so she and her family survived when Superman’s home-world, exploded. After a fight with her parents, Kara hides in a rocket bound for earth with a message for Superman. Kara ends up rocketing to earth, and busts right into the middle of a fight between Superman and Lex Luthor.

She’s pretty pumped to be on earth, where she has crazy powers under the yellow sun, (except that she can see through everyone’s clothes!). But she soon realizes that Superman can’t take her home, and she’s stuck on earth. 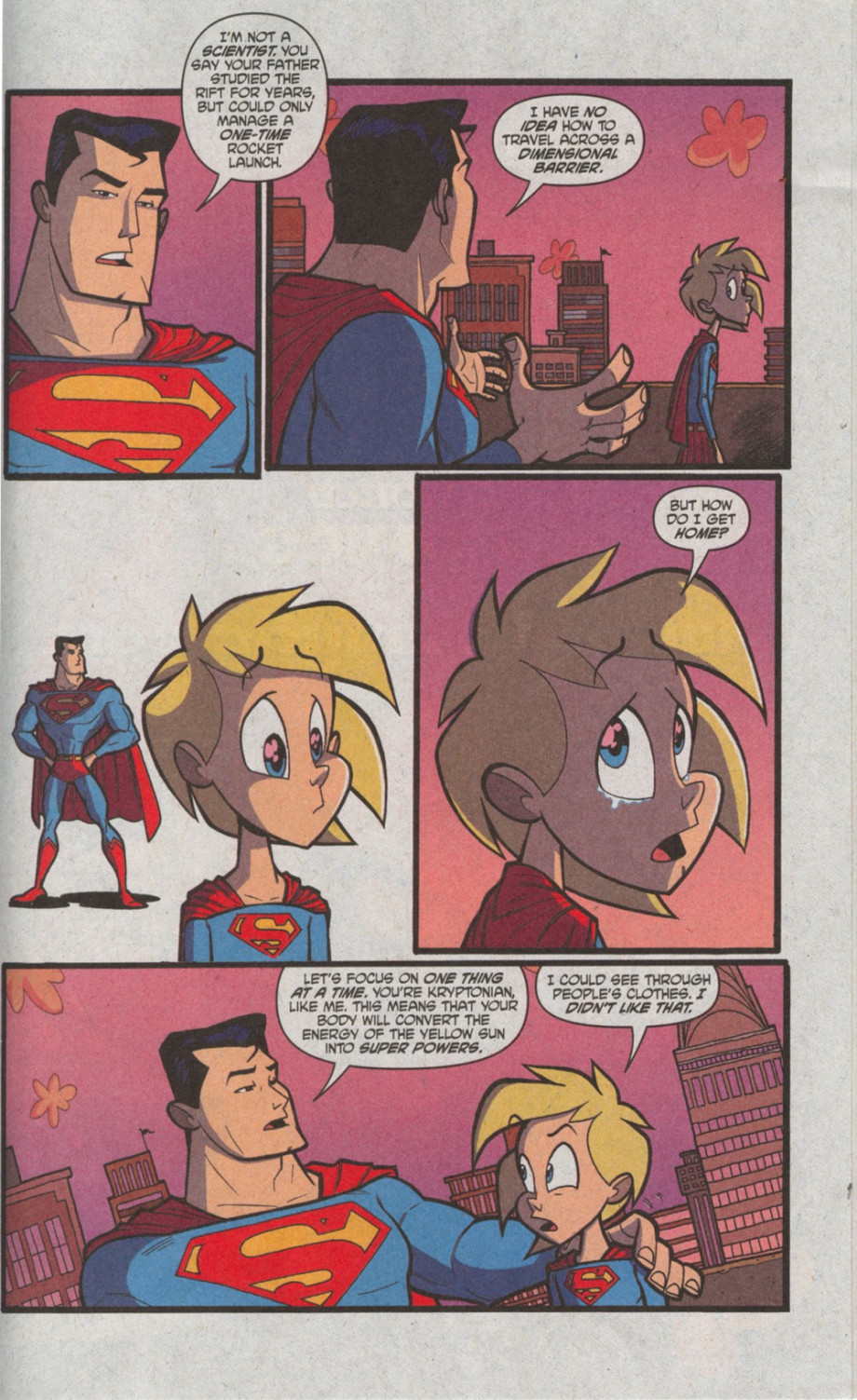 The only solution? A secret identity. A lot of the comic is Kara trying to figure out how to live on earth amongst humans. 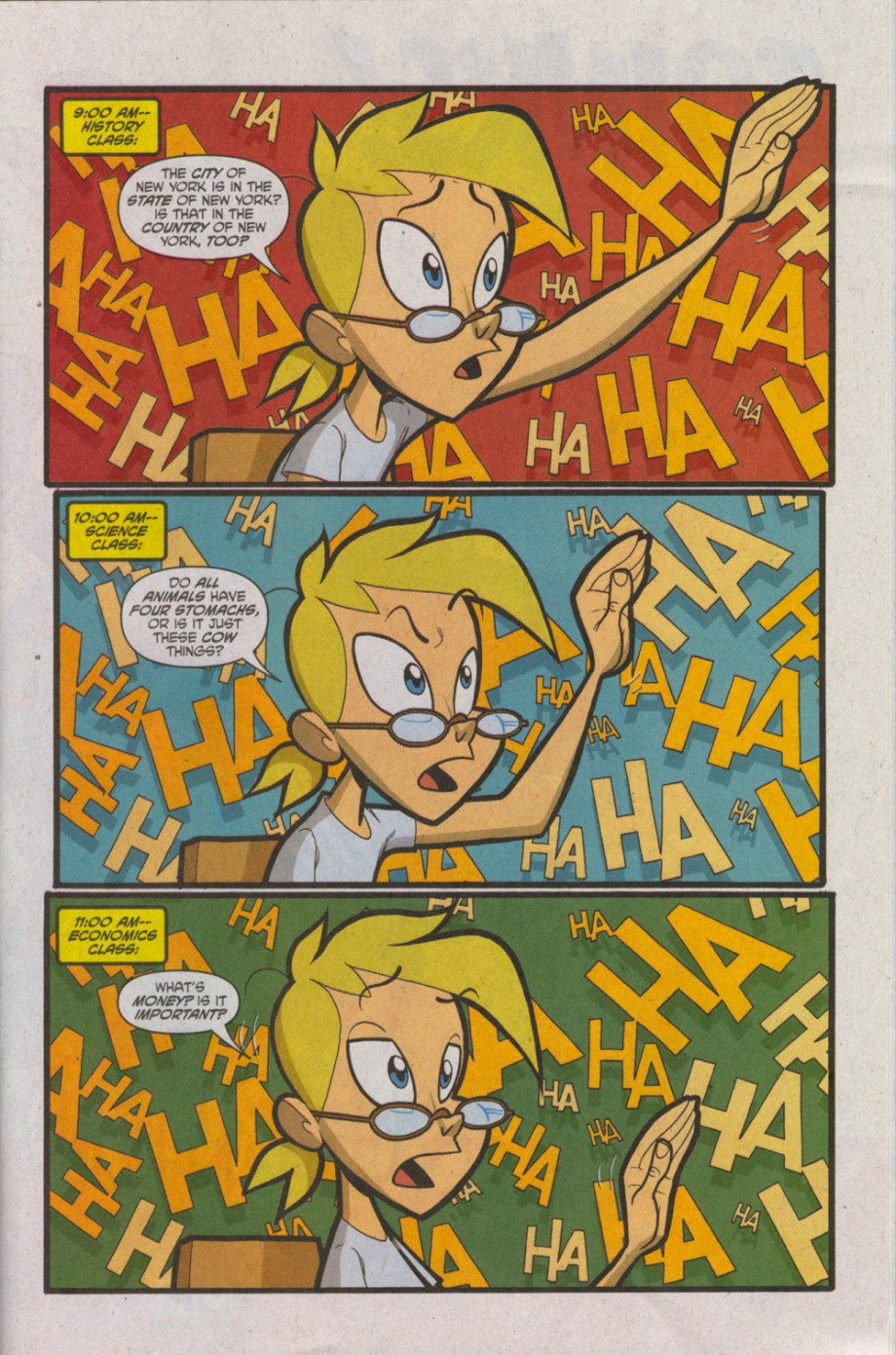 In this six issue mini series, I expect we’ll see Supergirl learning to control her powers, getting into some wacky adventures and probably saving Superman’s behind. Hopefully she’ll find her way back home too.

It’s nice to see this character in great comic that young girls will love to read.

Tags: comics are for everybody