Here’s an older, November ‘07 news piece that we somehow missed (from the BBC):

The several hundred vigilante women of India’s northern Uttar Pradesh state’s Banda area proudly call themselves the “gulabi gang” (pink gang)…[they] shun political parties and NGOs because, in the words of their feisty leader, Sampat Pal Devi, “they are always looking for kickbacks when they offer to fund us”.

Two years after they gave themselves a name and an attire, the women in pink have thrashed men who have abandoned or beaten their wives and unearthed corruption in the distribution of grain to the poor.

I have to admit that there’s something whoop!-inspiring about a gang of 100s of women who dress in pink, and go after men who’ve committed violence against women. Devi says, “Nobody comes to our help in these parts,” and I can’t help but be in awe of a gang of women who just ain’t gonna take it anymore.

But at the same time there’s something troubling about a large group of people descending on one person and beating them. Or is there? For Western feminists there’s always the temptation to idealise or simplify the stories of “3rd World” women who, confronted with a crumbling or ineffective infrastructure, take things into their own hands.

See after the jump for a beautiful comic by Elisha Lim (yes, yes, we’re related…) of One Hundred Butches fame, and her thoughts on the issue. 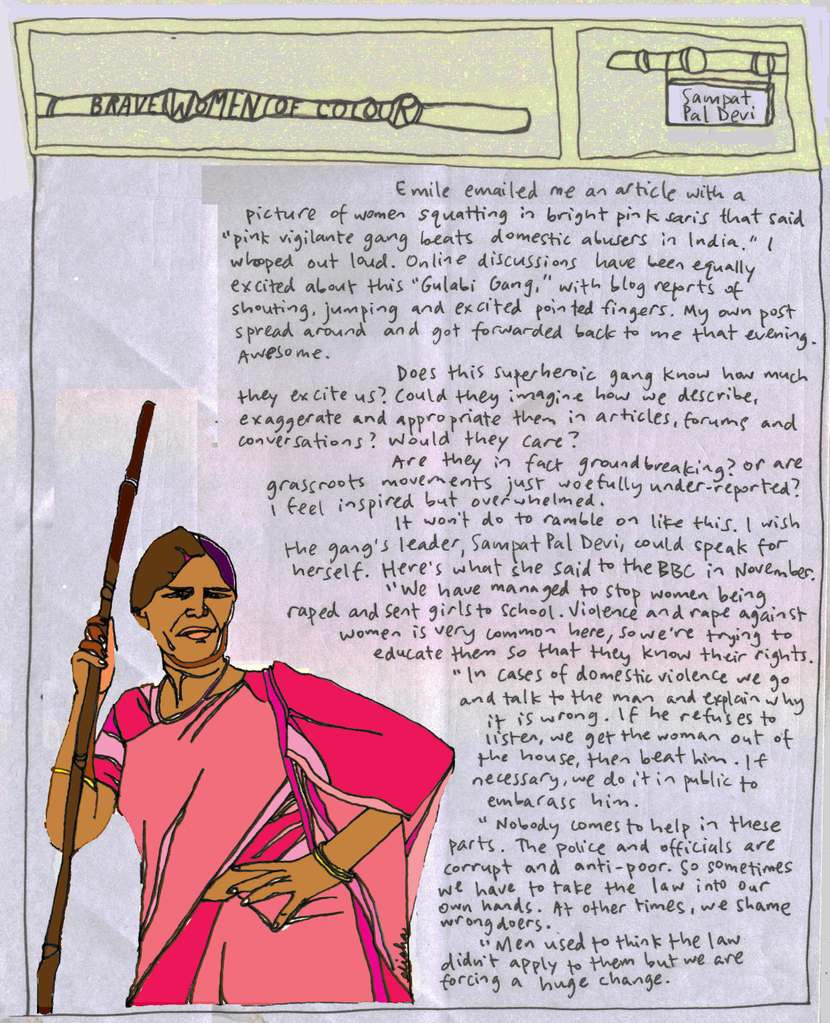 « Nothing Better Than Happy Beavers