There is an Ocean in My Soul: On the Current State of Trans and Genderqueer Punk 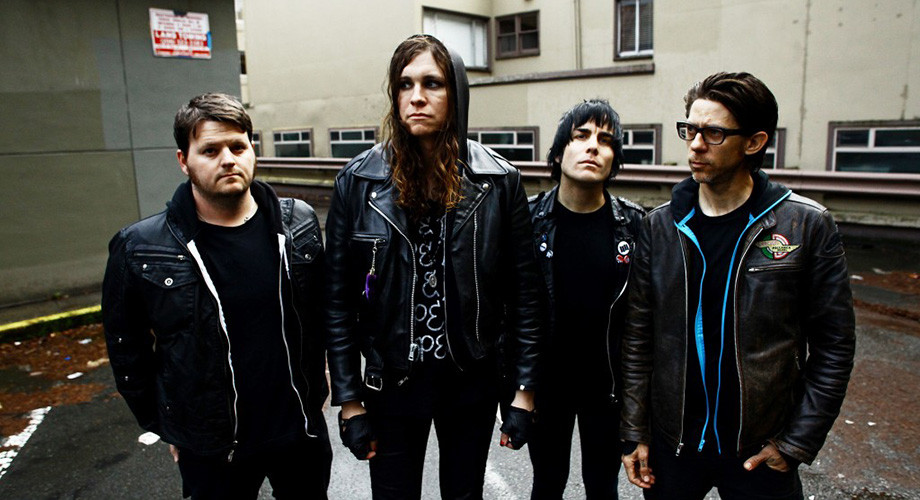 Chances are you’re familiar with Against Me! or Laura Jane Grace. The punk band and their frontwoman have been around for a while and have been gaining exposure in queer and trans communities due to Grace’s activism and status as a role model.

But Against Me! are far from the only punk band talking about transgender and genderqueer topics and inspiring listeners to listen to their gender nonconformist hearts. Inspired by my love for their album Transgender Dysphoria Blues and attending a recent Against Me! gig, I went searching for more voices and found angry, political rock music that tells individual stories of gender rejection as unique as the people playing it.

Against Me! have been around for 18 years now. They’ve released six studio albums, their second live album is forthcoming this fall, and they tour relentlessly whether they have a current album to promote or not. Their lineup has changed several times over.

Frontwoman Laura Jane Grace is the band’s constant amidst almost two-decades of chaos. Indeed, the Against Me! name has come full circle, again becoming synonymous with her work and ideas just as it was 18 years ago.

In its current state, Against Me! is a vehicle for Grace’s gender-based musings, frustrations, breakthroughs, and joys. After coming out as a trans woman three years ago, her longtime band crumbled and was slowly put back together from the ground up. The resulting album, recorded with band members James Bowman, Atom Willard, and Inge Johansson, was a spiritual and stylistic breakthrough. 2014’s Transgender Dysphoria Blues sounds vital, hard-won, gasping alternatively with relief and frustration. The band’s commitment is fresh, and it shows.

Transgender Dysphoria Blues found a home on my turntable almost exclusively for about four months. I couldn’t get over the way Against Me!’s mainstream rock sound on New Wave and White Crosses melded with the anger and rough imagery of their earlier work to form something new. The lyrics were truer, the anger was realer. It felt important and signified bigger changes in the punk scene. It also signalled a slight shift in my own listening habits and the music I sought out.

I had never listened to much contemporary queer or genderqueer punk. I came of age, musically and otherwise, after riot grrrl and its queercore subsection had come and gone. Sleater-Kinney, L7, and Team Dresch all sounded amazing—urgent and angry—around 2004 when I started getting into these bands, but there was a break in that scene that I didn’t sense until after I heard Transgender Dysphoria Blues.

Listening to Transgender Dysphoria Blues led me to pay more attention to queer, genderqueer, and trans punk. Shortly after my Against Me! reawakening, I discovered Worriers, whose first full-length (Imaginary Life, recently released on Don Giovanni) was produced by Grace herself. Frontperson Lauren Denitzio, previously of The Measure, formed Brooklyn-based Worriers as a showcase for their own pop-punk songs and has recruited a revolving lineup of friends to fill out the collective, currently Mikey Erg, Lou Hanman, Audrey Zee Whitesides, and Rachel Rubino.

Denitzio uses they/them/theirs pronouns (as expanded on in the song of the same name on Imaginary Life) and their music explores queer and genderqueer issues alongside meditations on the artist and activist life. Their words and delivery make Worriers’ songs immediately relatable - this is the kind of band you excitedly tell your activist friends about, happy you’ve found someone who eloquently sings about the joys and struggles of critical thinking and creative living.

Worriers released a 12” EP in 2013 called Cruel Optimist, after cultural theorist Lauren Berlant’s book Cruel Optimism and its central principle that “something you desire might actually be an obstacle to your flourishing.” Denitzio picks up this theory and makes it their own with the line “what doesn’t kill you just makes you a mess” on the title track.

That sense of personal-is-political honesty along with bright melodies, upbeat rhythms, and DIY credentials make Worriers an essential band for punk who fans who like their tunes on the poppier side and in step with their inclusive politics.

G.L.O.S.S. are newer to the queer punk scene and have a hardcore, thrash-inspired sound that’s aggressive and in-your-face. G.L.O.S.S. stands for Girls Living Outside Society’s Shit and its members are trans, femme, and angry as hell. G.L.O.S.S. is the ideal soundtrack to your gender normativity-fueled rage.

Bandmembers Corey Evans, Jake Bison, Tannrr Hainsworth, Julaya Antolin, and Sadie Smith are based in Olympia and have been playing together since September of last year. They released a demo EP in January and have been quickly gaining momentum on the West coast, in no small part thanks to their acclaimed EP and rave reviews via publications like Punk News and Seattle Weekly.

Their music is made in direct reaction to the hate that queer, trans, and femme communities face. It’s an aggressive, unfiltered eye-for-an-eye message that shows no interest in attracting the attending of a big label (they’re on the tiny Total Negativity). G.L.O.S.S. take full advantage of the radical possibilities of D-beat punk as a vehicle to carry their message to punk fans hungry for gender and cultural nonconformism. 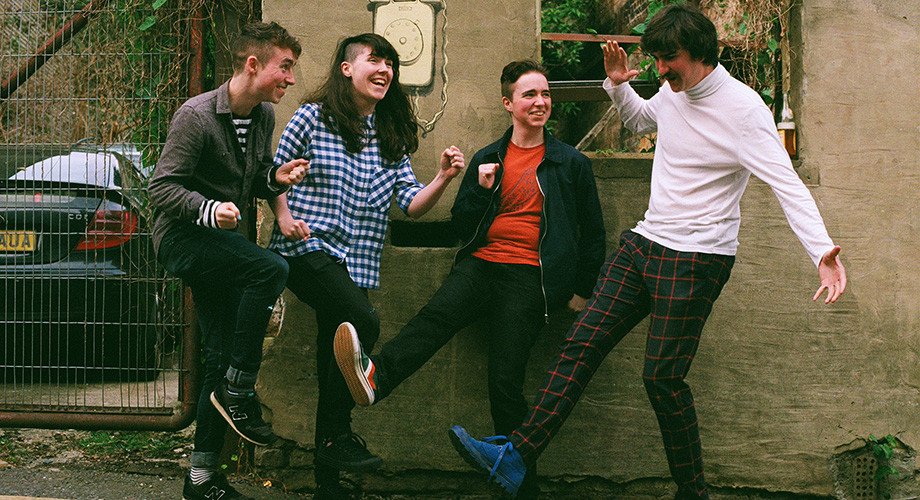 On a poppier note, Edinburgh’s The Spook School are another noteworthy band that are gaining attention, most recently in Rolling Stone, when they sat down with Laura Jane Grace to chat about trans identities in punk. Their sound skews in the noise-pop/C86 direction, and is fun and positive with trans, queer, and identity politics-driven lyrical content.

In their press, Adam Todd, Nye Todd, Anna Cory, and Niall McCamley come across as friends first and a band second. Adam and Nye are siblings, Nye identifies as trans, Anna was apparently lured to the band by the bassist position, and clear extrovert Niall is known to mug happily and take his clothes off anytime there’s an audience around. They don’t have a designated frontperson. They do have a lot of fun.

The Spook School’s lyrics break down gender assumptions and question false binaries in a non-threatening way. They want to counter concepts such as toxic masculinity by pointing out their silliness. They aim to befriend - not confront - their listeners, and it’s a charming combination that works for them.

The Spook School’s 2013 album, Dress Up, is currently available digitally and on sparkly clear vinyl (!) through Fortuna Pop.

Against Me! are still touring Transgender Dysphoria Blues, a year and a half after its release. I saw them about fifteen months ago playing the album, and again I had the pleasure of seeing them live several weeks ago. Their sense of joy in playing live is infectious. The band tears through old and new material seamlessly, with enthusiasm and the kind of wisdom that comes with hindsight.

That hindsight brings more significance to the tormented, wistful woman-identified lyrics Grace wrote long before her transition. We know there was an ocean in her soul and we know there still is - asking the big questions, inspiring trans and genderqueer folks of all ages to use their voices and be heard, and living honestly even if it’s hard.

The point of punk is to question cultural norms and stale, oppressive social codes. Harmful gender binaries are the perfect material for contemporary punks to fight against, celebrating their own identities in the process and paving the way for others. Those are the kind of goals I want associated with the punk rock I listen to, and Against Me! serves as an amazing jumping off point to find the best queer and genderqueer punk bands happening now